"It started out with Rob Wasserman and me as a duo and we played that way for six or eight years, and then one day I was working on a project and we needed a drummer. And Rob said, 'I know this drummer that I met last night and he was pretty good. You want me to give him a buzz?' and I said, 'Sure.'

And so Jay [Lane] came up and did this session with us. The next morning, I called Rob and said 'Hey, listen. That was kind of fun yesterday. How bout we take a drummer on our next tour?' and he said he was just thinking the same thing.

"We started working together and booked another tour, and we were working with Jay at the time and we were about to go out on tour and my old pal Matthew Kelly came through town. And he was just sort of footloose and I said 'Hey, you want to come out with us? You want to come sit in with us?' And that worked so we had a little quartet and we took that on the road." 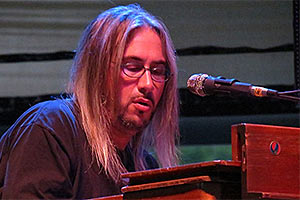 Jeff (last name pronounced "key-men-tee") studied classical piano from the time he seven years old until his interest in jazz and improvisational playing grew during his high school years.

After years of playing with various jazz acts like the Dave Ellis Quartet and touring with En Vogue, Jeff joined RatDog in 1997.

Since then he's been in high demand, appearing with Alphabet Soup, Phil and Friends, The Other Ones, The Dead, and Furthur. (source: dead.net) 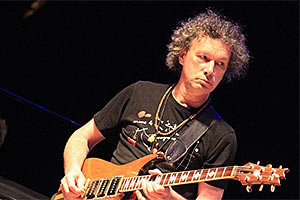 Photo: Bud Fulginiti
Instruments:
Guitars
First Show:
8/16/2013 (also toured with RatDog in summer and fall of 2007)
On the Web:
kimock.com

A master of improvisation for nearly four decades, Steve Kimock has been inspiring music fans with his transcendent guitar speak, voiced through electric, acoustic, lap and pedal steel guitars. While one can say that his genre is rock, no one niche has ever confined him. Instead, through the years, he's explored various sounds and styles based on what's moved him at the time, whether it's blues or jazz; funk or folk; psychedelic or boogie; gypsy or prog-rock; traditional American or world fusion.

Threaded through this expansive and highly nuanced musical landscape is Kimock's signature sound, the prodigious product of his ability to articulate crystal-clear tone, melody and emotion into intricately woven music crafted with technical brilliance. His passion and devotion to performing live is matchless, and his unparalleled ability to embrace and capture his audiences musically is the stuff of legends. (source: Steve Kimock website) 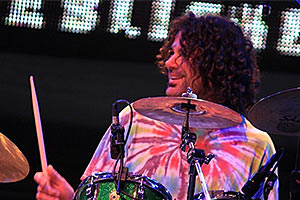 Jay's roles on drums have earned him a place in San Francisco's music history. He started performing in the Bay Area in the early 1980s with childhood friend and current Spearhead guitarist Dave Shul before moving onto gigs with The Uptones, a ska band he was introduced to by childhood friend Dave Ellis, and The Freaky Executives. The latter shared rehearsal space with Les Claypool, who invited Jay to join his band, Primus, who he has played on and off with ever since.

During Jay's tenure with the Charlie Hunter Trio, Jay started playing with Bob Weir and Rob Wasserman in a side project that would eventually become RatDog.

In addition to playing with RatDog for the past 28 years, Jay has been named Drummer of the Year at the California Music Awards, toured with various Claypool projects, played with Alphabet Soup, co-founded The Band of Brotherz and Jay's Happy Sunshine Burger Joint, and toured with Furthur and Scaring the Children. 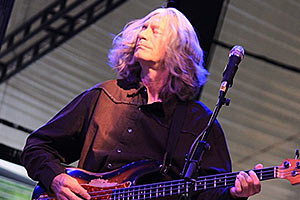 Robin Sylvester, born in London, lives in the San Francisco Bay Area, and is best known for his work with Bob Weir & RatDog. Although primarily a bass player, he plays several instruments, including guitar and keyboards, and has also done extensive arranging.

He began his professional music career with the a capella London Boy Singers chorus in the 1950s, and worked as a sound engineer in 1960s and 1970s in all the great studios in London, including Abbey Road. Inspired by Paul McCartney to play bass, he also used early synthesizers while playing with and producing Byzantium in 1971.

While touring with Dana Gillespie, he moved to the US in 1974. Clive Davis signed his folk rock band The Movies to Arista Records, which played in NY and LA in the late 70s. As a session musician, he worked alongside Steve Douglas, backing The Beach Boys and Ry Cooder. He also played in live acts led by Marty Balin, Mary Wells, The Shirelles, The Coasters, The Drifters, Billy Preston, Christine McVie, Steve Seskin, Bo Diddley, Chuck Berry, Freddy Fender, Del Shannon and Vince Welnickâs Missing Man Formation. 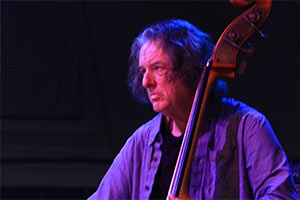 Precious few musicians demonstrate the scope to be dubbed renaissance men, but Rob Wasserman has more than earned the title. His daunting versatility has made him one of the last two decade's most in-demand bassists -- as demonstrated by recording and touring stints with Lou Reed, Van Morrison, and Elvis Costello. His longtime creative partnership with Grateful Dead members Jerry Garcia and Bob Weir have yielded a trove of fertile sounds. And, last but far from least, the albums issued under his own name have won awards from sources in the jazz, pop and rock fields.

That acclaim has much to do with Wasserman's unflagging devotion to artistic purity and the value of real musicianship. Trained at the San Francisco Conservatory of Music, he developed a style of upright bass playing that he likens to cello, more than standard bass methodology. He's put that ability to the test in a variety of contexts over the years, most notably on a series of three albums -- SOLO, DUETS, and TRIOS -- that demonstrate his unparalleled knack for making his voice heard without shouting, for allowing the collaborative process to flower to its fullest. (source: Rob Wasserman website) 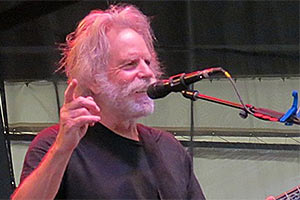 A founding member of the Grateful Dead, Bob's musical legacy (separate from its cultural implications) will be of an utterly strange rhythm guitar player and songwriter who grew up in one of the most lasting outside bands of the 1960s. Playing with the Dead until their dissolution following the death of Jerry Garcia in 1995, Bob has since made his primary musical home in RatDog.

Born in 1947 and adopted by a rich California engineer, Bob's dyslexia gave him trouble at school. He was labeled a troublemaker and shipped off to boarding school, where he met future songwriting partner John Perry Barlow. After being kicked out of the school, Bob returned to the Bay Area, where he bummed around the burgeoning folk scene and came into contact with musicians like Jerry Garcia, New Riders on the Purple Sage founder David Nelson, and Jefferson Airplane guitarist Jorma Kaukonen. A series of jug bands eventually morphed into the electrified Warlocks who, in turn, became the Grateful Dead.

Bob developed his odd rhythm style playing between the sweet, articulated lead guitar of Jerry Garcia and the avant-garde bass lines of Phil Lesh. Like a jazz guitarist, Bob was often not evident in the mix, but still a profound shape on the sound.

Bob's earliest songwriting efforts mirrored those of Garcia and Lesh, though less successfully. By the early '70s, he had crossed paths with Barlow again and the two began their creative relationship in earnest. Soon, Bob was producing songs in his own distinct style—a blend of Americana and the odd voicings he specialized in. As the health of Dead frontman Ron "Pigpen" McKernan waned, Bob found his rich baritone increasingly at the center of attention and developed a stage personality to match it. His first solo album, Ace, released in 1972, featured Bob backed by the rest of the Dead.

Through the late '70s, and especially during the Dead's year off in 1975, Bob toured and recorded with a number of groups, including Kingfish and Bobby and the Midnites. As Jerry's dependence on drugs increased during the Dead's later days, Bob found himself increasingly in the position of de facto bandleader.

When Jerry died in 1995, Bob had recently formed RatDog. In addition to consistently touring with RatDog since then, Bob reunited with several former Dead bandmates for tours in 1998, 2000, 2002, and 2004, and 2009. He continues to play with countless artists of varying styles and talents. (source: Billboard) 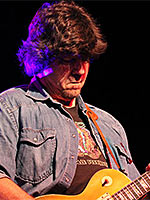 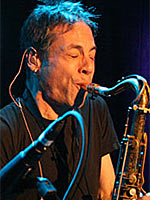 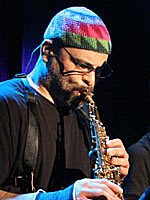 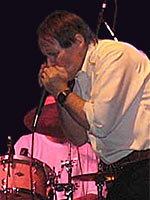 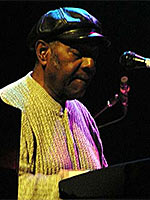 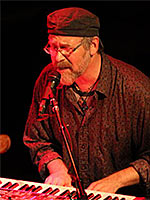 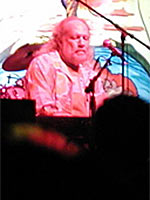