I was there also.
We will understand it better bye and bye.
Top

MushroomMan wrote: ↑
Thu Jan 19, 2023 8:00 pm
In a recent interview, actually could be up to 5 years ago now on an intermission for Dead and Company I think it was... he talked about how he never taught the Dead to harmonize nor taught them anything. I guess it's possible he didn't remember or just didn't want to take credit for whatever reason.

Not sure I can keep doing this. Still reeling from Jeff Beck’s death and now Croz. I guess we’ve reached that time where our musical heroes are passing at a frequency that is no surprise but still shocking. David Crosby changed the landscape of music as a solo artist and as a member of the Byrds, CSN, and CSNY. His soulful and melodic voice, offset by his brilliantly unique songwriting made its way into every household that loved not only the “folk rock” anomaly of CSN but also, as was unique to the times, Hendrix, Janis Joplin, Jefferson Airplane, Sly & the Family Stone, Santana, the Grateful Dead—the list goes on and on. Our household was no exception. I really loved the beautiful melodies, the three-part harmony, and the ethereal quality of this music, which somehow also had a heaviness to it. Not in the loud sense of the term but in the gravity and depth of the songs and the performances. Despite the overall acoustic/folky nature of all the different projects that Crosby was part of, this music fit perfectly alongside the heaviest and most psychedelic music of that time period. Not just because it incorporated electric instrumentation as well, but because it was unique and defied categorization. It was as much “rock music” as any of the aforementioned artists. I didn’t know David very well but I cherish the one time we played together, which was at a Hepatitis C Benefit at the Beacon Theater in NYC with the Allman Brothers Band along with David and Graham Nash, Phil Lesh, and Natalie Cole. It was a huge moment for me to duet with David on "Almost Cut My Hair" and to sing Stephen Stills' part on "Find the Cost of Freedom" along with him and Graham. I’ll never forget it. Thanks David, from millions of us, for your contribution to the world of music. It is a huge one. - WH

Sorry to hear this news. He lived 3 lives worth of living in the span of 1 human life. No disrespect, but it's a miracle he survived all that stuff. I love that he reconnected with his biological son and they made some AWESOME music together towards the end of his time. His playing had a deep impact on me as a kid, discovering my parent's record collection. Out of all those records, I can tell you that my 8 or 9 years old self was drawn to 4 Way Street in a BIG way. No idea what I was hearing, but I loved it. My favorites were Lee Shore and Wooden Ships. Then when i was starting to become a musician, I started to love all his songs. Guinevere is a masterpiece. Nobody could ever really sing like he could. One of a kind and a very special talent. His music will live on for a LONG time. Hopefully he and Jerry are laughing it up right now, getting a band put together. RIP David.
Top

Warren is a really good writer. His tributes to fallen artists are so personal and insightful.
Top

Yes, RIP David. Got go see him many times and really enjoyed his stuff.
7/8/90 was a very memorable day in my life.

[For a different perspective, I emailed my buddy to see if he had heard. Well, the band got together tonight for a rehearsal. We're playing Hidden Charms and my phone lights up with this text: 'Fuck him the big asshole.'
I started choking on the lyrics.
I kinda figured I was gonna get that type of response from him. Not so blatant, though. He wasn't a Cros fan after all the shit with Neil and Graham.]
"...I don't know
Maybe it was the doses..."

MushroomMan wrote: ↑
Thu Jan 19, 2023 8:00 pm
In a recent interview, actually could be up to 5 years ago now on an intermission for Dead and Company I think it was... he talked about how he never taught the Dead to harmonize nor taught them anything. I guess it's possible he didn't remember or just didn't want to take credit for whatever reason.

If you listen close to the very beginning of Lee Shore, you hear the EXACT same first chords of Weather Report. You can't make this shit up (unless maybe you are David Crosby). That would actually make sense, in a Chuck Norris kind of way. Give it a 30second listen and think about it. It could have been an inspiration, moving so bright.
Top

Me three. Aug 8, 1974. Bill Graham running across the stage with the NY Times cover "NIXON RESIGNS" and they play Ohio. Roosevelt Stadium was the place to be that day!
Phish - Dec 28, 30 MSG
Top

RIP David. I took this photo at The Egg in Albany. Scored front row center the day of the show. Incredible performance.

Me three. Aug 8, 1974. Bill Graham running across the stage with the NY Times cover "NIXON RESIGNS" and they play Ohio. Roosevelt Stadium was the place to be that day!

Probably the rowdiest concert I attended!
"It takes a heap of homing to make a pigeon-toed" ~ 10/31/79~Nassau Col.

one of his final posts was something along the lines of ..."heaven is overrated...very cloudy".....pretty much sums it up....may be going to hell in a bucket..but at least i enjoyed the ride!
Top

When Jeff Beck died I didn't go looking for a Jeff Beck album to play. Rough And Ready by Jeff Beck Group found me. It was from my dads collection and the cover is all fucked up from being in a not so good place of storage for years. I got it cleaned in my ultrasonic machine hand had it on my record shelf in the "to be listened to" section and it happened to be on the end and Jeff Beck's eyes have been staring at me for a few days before he died. Jeff found me on his own, I'm not looking for a Crosby album to play...it will find me.

Also my friend painted this before I knew David Crosby died and I thought this was Dickey Betts at first....

"Just take it one day at a time, and know that I love you." 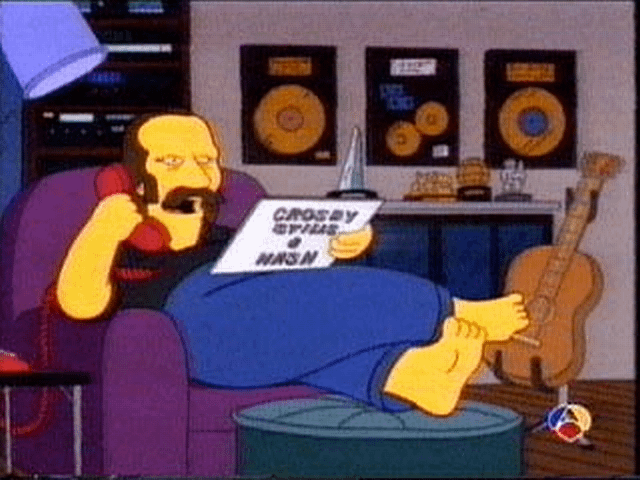 
If you followed him on Twitter, he's been very matter-of-factly alluding to "dying very soon" for the past 3 years or so. Furiously making music these past 2 years before his ride comes.
Sometimes people don't seem to want people to be the most they can be... It's nice when people show support for your art and individuality.~ Mark Karan
Top

Saw him solo a few years ago in small intimate setting @ Cary Memorial Hall in Lexington MA...prob same tour that BD's pic in post above is from

Saw CSN a few times over the years...

Carry On off 4 Way Street was 1 of my go to songs in college to get psyched up for things...nice spring day in the quad...speakers on the balcony 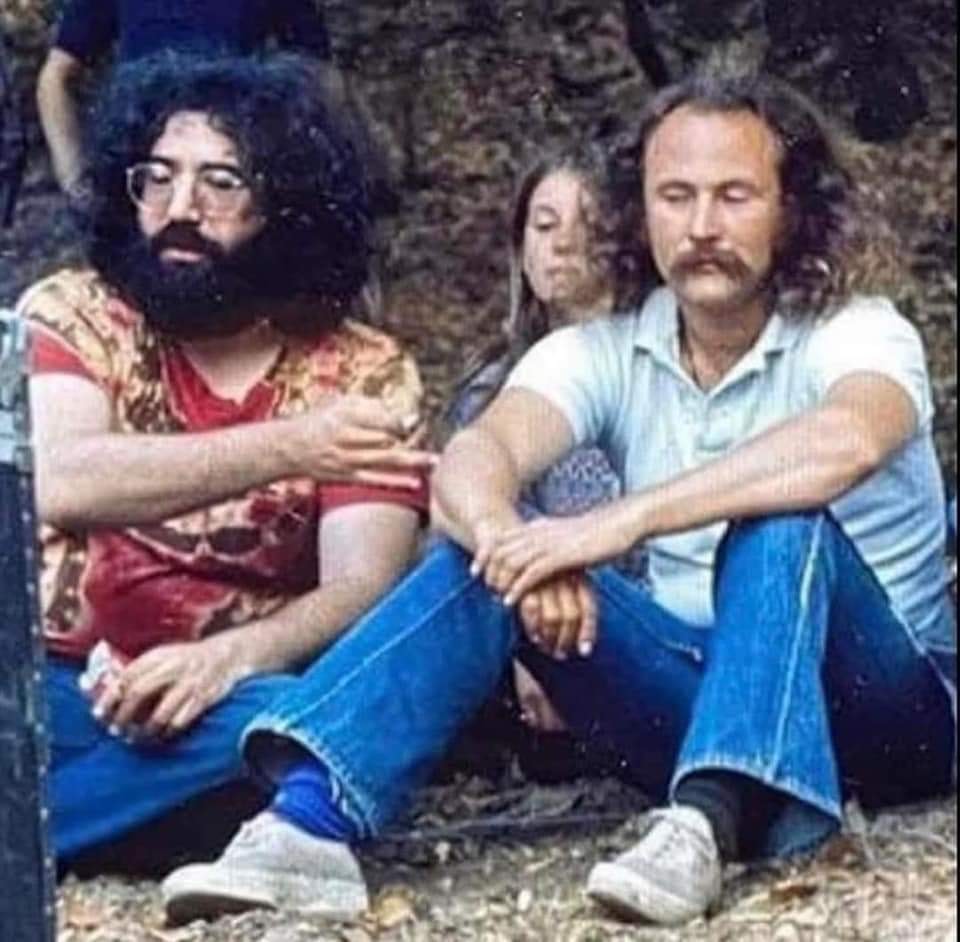 Oh, to have been sitting to the left of Crosby when that picture was taken. No bogarting there, I bet.
Top

I loved his recent Q&A sessions on Rolling Stone. Loved CSN shows a it's a damn shame they could not keep it together for more of them. RIP.
Take me to the river, drop me in the water....
Top
Post Reply
44 posts